Vision of a Champion

With one week of fall camp down and pre-season rankings released, fans across the country are already anticipating what teams will hold the Championship trophy at the end of the season. Although not one official game has yet been played, murmur about upcoming stars, returning greats, potential liabilities, and secret components to success are abuzz throughout the commentaries.

So on the brink of pre-season hypotheses, I’d like to add to the mix five key components to being a true champion in any endeavor. I still remember a powerful quote from my head coach during my freshman pre-season as a Notre Dame women’s soccer player: as we were about to sign our “no drinking in season” contracts, Coach said, “And ladies, just so there’s no mistake – we are in season all year long. Because if you want to be a National Champion, then you have to act like a National Champion every single day.”

So how does a Champion approach fall camp, on the edge of a season that is full of potential as both an individual and a team? And as leaders, what should we look for in athletes, employees, colleagues, or partners? What does the vision of a Champion look like?

Vision of a Champion:

Intent to win. Wanting and having a strong desire to win is a good thing. It’s unfortunate that some people with poor character have turned the desire to win into a synonymous statement as “win at all costs, even if I hurt someone or cheat to get it.” Because ultimately, if we do not set out with intention to compete in a way to obtain the prize, we miss the forging aspects that such goals require of us to become great. Intention drives physical, emotional, mental, and spiritual behaviors. Champions intend to win not just in vision but also in the plans and preparations that will lead them to that vision.

Disciplined in all things. Habits are habits. Whether we like to admit it or not, the habits we create in one area of our life will eventually affect other areas of our lives. Champions discipline their bodies, minds, and spirits to develop habits that they know will lead them to success.

Confident. Ironically, intentionality and discipline lead us to a place of confidence. Champions know where they are headed and have a plan in place to get there (intent to win), and have aligned that vision with consistent action (disciplined in all things), and subsequently, they are confident each day as they apply their physical, technical, tactical, and mental skills to achieving their goals.

Controlled in mind, body, and spirit. Champions have developed strong self-control over their bodies, minds, and spirits because they know that consistent discipline leads to success. Ultimately, this sense of control leads to clarity of thought, which not only facilities good decision-making but also allows for optimal physical output.

There’s a couple more weeks of fall camp left, and in just a few short months of my favorite season of the year, we will in fact know which teams hold the trophies that symbolize the results of their efforts. The interesting thing – about pursuing the win, about working for success, about becoming a Champion – is that sometimes in the pursuit, we are not the ones left holding the trophy at the end. My freshman season at Notre Dame we lost that National Championship game by one goal, despite going undefeated the entire season. But what we learned is that although we weren’t able to raise that trophy, we became something in the process – we became Champions. We learned what it meant to intend to win, to discipline ourselves to achieve success, to be confident, to be purposeful and intentional during battle, and to be controlled in mind, body, and spirit.

As you evaluate your athletes, your teammates, your staff, consider if you see within them the Vision of a Champion. And perhaps even more importantly…as the coach, as the leader, as the parent…do you see within yourself the Vision of a Champion? Trophies and accolades will come and go based on seasons but before we can ever acquire anything of significance, we must first BE something of significance; before we can truly become a Champion, we must first be a Champion. 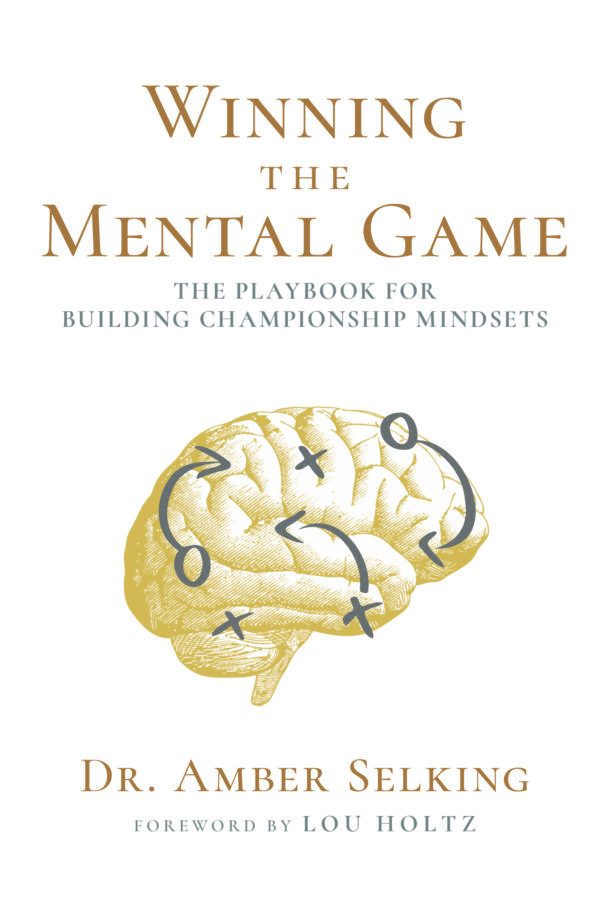